Your Ramblers group has set up a team of volunteers to pick up rubbish on the Maldon District public footpaths, the coastal path and other green spaces that we often use. It is not our intention to pick litter from roadside, supermarket car parks or town centres.

On December 19th, the litter picking team met on the TESCO Maldon car park in the morning to try and complete the task of clearing the rubbish between the canal and the superstore’s car park.
After a couple of hours a total of 17 bags had been filled up and some other exotic items pulled out of the vegetation such as a dinghy , fluorescent tube, crutch and litter picker 🤔.
As per our agreement with Maldon District Council, the Waste Services arranged for the collection and disposal of the rubbish.
Our next outing is scheduled for January the 9th and if you are interested in joining please contact J-P 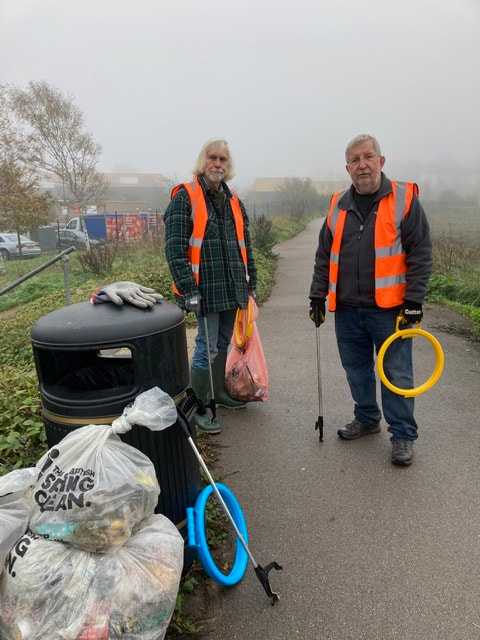 On November 14th the Maldon & Dengie Ramblers’ litter picking team met for the 3rd time. A group of 5 volunteers met on the TESCO car park. The team went on to pick litter off the footpaths along the nearby canal and river.
Within a couple of hours, 5 bags of rubbish had been collected and 2 bags of recyclables, mainly aluminium cans and plastic bottles.
Sadly there was more rubbish than we could handle so we decided to reconvene at the same place on December 12th. Should you wish to join the group, please contact JP by email or text message.
Monday October 10th

In spite of the heavy rain early on, a group of 5 met on the Blackwater Leisure Centre car park in Maldon. Rubbish was collected from the green spaces around the swimming pool, the public footpath alongside the football ground, the causeway to Northey Island, the coast path to Promenade Park and finally the track lane to the Maldon recycling site. A total of 8 bags of rubbish were collected and dropped at the recycling centre
Monday September 12th 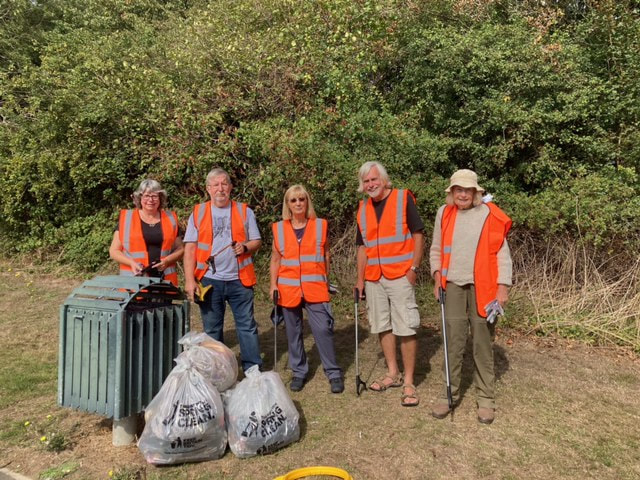 September 12th saw the launch of our litter picking drive , in earnest.

6 volunteers met at the West Maldon Community Centre for a morning pick up.
Supported by the Maldon District Council , through the provision of litter pickers, bag holders, bags, gloves and hi-vis jackets, the team set out to collect litter from the playing fields and playground adjacent to the Community Centre and from the Public Footpaths , between the Morrison’s superstore and Fambridge Road.
After a couple of hours, 5 large bags had been filled .
As per agreement with the Council’s Waste Services, the bags of rubbish were left at a agreed location , for collection by the Council’s service providers.

Going forward, the volunteers will endeavour to segregate recyclables and waste.
The litter picking sessions are scheduled every 2nd Monday of the month. The next ones being on October 10th , November 14th and December 12th.